exceptional trial record
making sure your rights are protected & represented 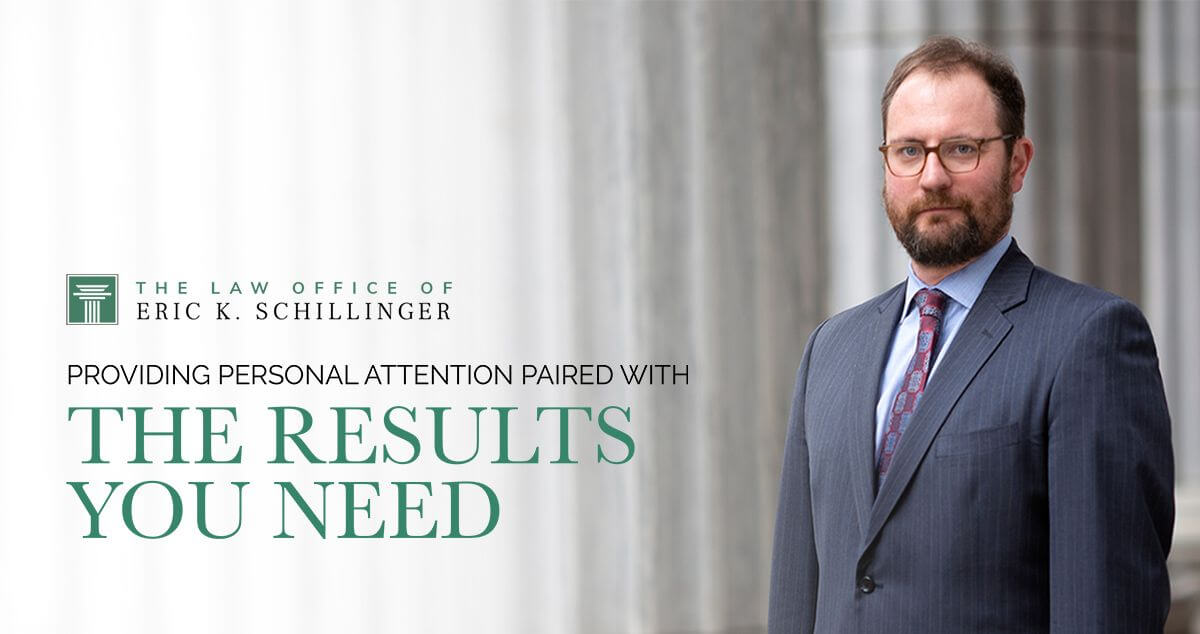 If you are facing criminal charges, it is critical that you get legal representation as soon as possible. The justice system is designed to appear as though the prosecution and the defense are on a level playing field—this is not often the case. People are often forced to rely on public defenders who do not have the time or resources to get the best possible result. Our firm should know—Attorney Eric Schillinger started his career as a public defender.

Time and time again, individuals are not being represented by attorneys who can give their case the full attention that is required to have a successful outcome. The primary focus of The Law Office of Eric K. Schillinger is criminal defense. Our Albany criminal defense attorney has handled hundreds of criminal cases including felonies, misdemeanors, and non-criminal violations.

At The Law Office of Eric K. Schillinger, clients get their attorney’s undivided attention. While many firms push cases through the desks of multiple lawyers, Mr. Schillinger personally handles every case from beginning to end, using his experience to fight for the best results possible.

Being Mirandized & Your Miranda Rights in NY

You have a right to remain silent. If you give up this right, anything you say can and will be used against you in a court of law. You also have a right to consult with an attorney and have an attorney present during questioning. If you cannot afford an attorney the court can appoint one.

All to frequently, individuals accused of a crime make the decision to waive their Miranda rights and make a statement during police interrogation that can later hurt them as they are prosecuted. While people hear about being “Mirandized” few actually take the time to think about what it means and how it affects their rights.

But, it's not exactly that simple. Miranda only covers “custodial interrogation,” meaning that the police must actually have you in a position where you’re not free to leave. This isn’t necessarily a jail cell, but if you’re just walking down the street and announce a confession within earshot of a cop, Miranda is irrelevant. Similarly, if the cop is asking you questions, but you are free to leave and you understand that among your options is to not answer the cop’s questions and leave at any time, again, Miranda is irrelevant.

If you’re in custody, a cop has to read you your rights before he can ask you questions. If he doesn’t do this, anything thing you say in response to these questions can be suppressed in court. In other words, if they don’t tell you that “anything you say can and will be used against you in a court of law,” they can’t later go and use what you said against you.

We Can Help Defend You in Criminal Court

Regardless, of your situation when facing a criminal charge is serious and you should not be saying anything to law enforcement without legal counsel present. If convicted, you face time in prison, fines, and a damaged reputation in your community. Contacting our firm as soon as possible helps begin building a strong defense for your case.

Call the Albany defense lawyer at The Law Office of Eric K. Schillinger today at (518) 413-0889 to find out how our firm will help you during this difficult and frightening time.